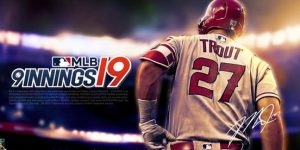 After a couple of golden years of incredible entries, it looks like sports games have finally succumbed to being available for free. There are not enough mobile sports games on the market that will allow you to jump into a game without having to wait for upgrades, players cards, or stamina meters to be refilled.

Fortunately, there’s still a fantastic selection to choose from which includes all major sporting events, such as soccer, hockey, baseball, basketball, and football. So without wasting your time any further, let’s take a look at the best sports games for Android devices in 2019.

The latest instalment of MLB 9 Innings comes equipped with more superior graphics, the unbelievable game features with more than 1,700 players and 30 ballparks, and carefully rendered 3D animations for truly captivating gameplay experience. The game also offers multiple ways to enjoy the game, including a full season in single player mode or an exhibition game to get used to everything before you play in real matches. You can even collect your favourite players and build a dream team.

The PES franchise from Konami is one of the best virtual soccer games at the moment, competing hard with EA Sports to take the number one spot as the best soccer game on console, PC, and mobile. As a free-to-play mobile game, the new PES 2019 provides the best gameplay and graphics on mobile without punishing you with a pay-to-win system like FIFA. You can play online against friends, in single player mode, and even local co-op with several friends.

Every football fan is well aware than Madden is sitting on the throne when it comes to football games on PC and consoles. However, despite the card-collecting gameplay system on a free-to-play mobile version for Android, the Madden game is also considered one of the best football games on mobile. Yes, you’ll need to buy packs and collect cards to build a team, but it’s straightforward to achieve in the game without spending your own hard-earned money.

This is an EA Sports title centred around basketball. However, if you’re a fan of basketball on the PS4 or Xbox One, you are going to fall in love with this mobile version while away from home. You can enjoy daily events, challenge other online players, or test your skills in head-to-head challenges. There are also leagues to look forward to and card collecting to eventually unlock the players that you want.

EA Sports have yet to bring their NHL franchise to the mobile world, which means that Hockey Classic 16 is the only thing that remains. Fortunately for us, it’s a solid game. It’s free to download from the Google Play Store and offers a magnitude of game modes along with 60 different teams to play with. Even though it’s not licensed, it still provides loads of diversity for hockey fans.