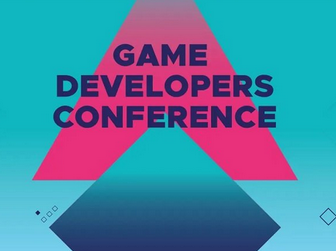 After having their hands forced by significant corporations like Amazon, Microsoft, Sony and Facebook, the governing organization being the Game Developers Conference have had to cancel their show. This followed after the increasing concern regarding the coronavirus, with attendees and planned participants both expressing that organizers need to cancel. GDC 2020 was slated to begin on March 16th and end on the 20th.

The confirmed announcement came hours after officials in California confirmed the second case of this virus, with its origin being entirely unknown. These sort of cases have been becoming more prevalent since the Mobile World Conference was cancelled. It’s prompted for additional event closures with the Geneva Motor Show and Facebook’s Developer Conference.

Those that had full intentions of visiting the 2020 Game Developers Conference will receive emails that allow for guests to receive refunds. Receiving refunds from hotels will be dependent on a contract clause, with thousand expected not to receive their money back. Genuine fans of the GDC won’t have to worry about delayed announcements or news going forward either. The Game Developers Conference confirmed that submitted video would be viewable on their website. All additional reports will come next month at the Game Developers Choice Awards.

One of the most significant impacts with the closure of this event is the indie genre. For the 1st time in this conference’s history, indie developers were permitted to showcase their latest and most excellent titles. It’ll now be twelve months before they provided the opportunity again on one of the biggest stages in gaming.

The official statement from the GDC reads: “After close consultation with our partners in the game development industry and community around the world, we’ve made the difficult decision to postpone the Game Developers Conference this March. “Having spent the past year preparing for the show with our advisory boards, speakers, exhibitors, and event partners, we’re genuinely upset and disappointed not to be able to host you at this time.

That statement was completed with the following: “We want to thank all our customers and partners for their support, open discussions and encouragement. As everyone has been reminding us, great things happen when the community comes together and connects at GDC. For this reason, we fully intend to host a GDC event later in the summer. We will be working with our partners to finalize the details and will share more information about our plans in the coming weeks.”