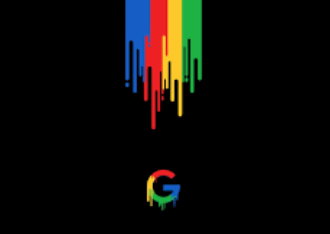 The Google Corporation received a significant fine on December 20th from the French Anti-Trust Regulator. This comes after Google was found to abuse their power towards the treatment of advertisers, explaining that this tech conglomerate would often implement vague rules and change them without any unsuspecting notice. Subsequently, Google has been fined $167 million by this watchdog. It marks the first time that French Authorities have imposed a fine, with tensions between Google and the watchdog growing over the last several months.

Google has full intentions to appeal this decision through the French Courts. For the last four years, this corporation has had to deal with an extensive investigation from French Authorities. This came when Gib-Media accused the tech conglomerate of suspending their advertisements without any previous notice. Gib-Media manages Directories, Corporate Databanks, and Weather Forecasts. The removal of advertisement drastically lowered their profits. After the extensive investigation took place, it was revealed that Google had changed their terms without notifying Gib-Media, which is an illegal action under France law.

Google lacked the responsibility for defining their new legislation to operators in France, which is a requirement whenever large corporations alter advertisement laws. Considering that Google maintains a 90% market share over advertisements, it must provide unbiased access to its service. Refusal to do so creates a monopolized market, which doesn’t follow competition law. To quote Spider-Man, with Great Powers comes Great Responsibility.

Google responded against these allegations publicly, claiming that Gib-Media was maintaining advertisements that deceived consumers into supporting services that had unclear billing terms. Google noted that these forms of ads are subjected to their systems, which is why Gib-Media was suspended, and advertisement revenue wasn’t provided. It was meant to protect the billions of consumers that use their service yearly. However, those allegations were refuted by Gib-Media and legislators. Google maintains its advertisement service with AI Algorithms, which don’t support this form of malicious content. Subsequently, it was revealed that Google blatantly lied against their public information to save face.

When the Google Corporation realized that they wouldn’t receive any assistance from French Authorities, they agreed to pay the significant $167 million fine. This settles the fiscal burden that overfell Gib-Media four years ago. It should be noted that Google hasn’t stopped breaking French Law, with them being charged an additional $67 million by the Data Protection Regulator. Google broke privacy laws that are maintained under European Union legislation, which prompted the immediate fine. It appears that Google lacks the clarity required for consumers and prefers a transparent form of business.