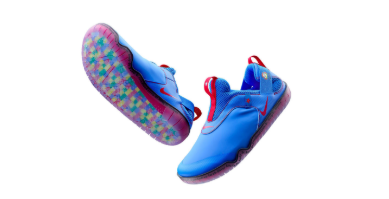 One of the world’s most famous sporting apparel brands is stepping into a new market with the release of new footgear for the medical profession. Nike is most known for creating footwear and apparel for athletes worldwide. The announcement of the new Nike Air Zoom Pulse shocked consumers. Regular customers aren’t being targeted for this product, with advertisements claiming this shoe is for the everyday heroes. This was in reference to Medical Professionals, Paramedics, Firefighters and Police Officers.

Nike researched what would be required to design footgear for the medical profession. The international corporation completed studies with doctors and medical staff at the OHSU Doernbecher Children’s Hospital. This Portland, Oregon Hospital acted as a proof-of-concept towards investors. Nike accounted for all challenges regarding those in the medical field, including their long hours standing up or consistent spills of various liquids. Some are claiming that this is the most comfortable shoe ever designed by Nike.

The apparel company hasn’t revealed the price of the Nike Air Zoom Pulse. Rumour reports claim that these shoes will cost anywhere from $150 to $250, depending on the model selected. Those purchasing the footgear have six models to choose from, including designs with stethoscopes and other medical items located on the shoe. Nike has confirmed that the shoe will resemble the feel of a clog with more of an athletic take. A spokesman with Nike mentioned that the traction and cushion systems work together to create secure conditions at hospitals or medical facilities.

Nike also confirmed that the upcoming shoe would maintain an elastic strap, opting out to not use laces. This will assist medical professions by guarantying that their shoelaces won’t ever be untied. It also guarantees that the Nike Air Zoom Pulse can be fitted within one day, assisting in immediate moments where doctors or medical professionals must run to a scene. Subsequently, Nike’s research and efforts resulted in an incredible product for the medical profession.

Doctors and medical professionals have responded well to the announcement of Nike’s commitment towards their well-being. Pre-orders have already begun being placed at a rapid rate, roughly 14.8% faster than standard pre-orders on new products released by Nike. Depending on the sale figures around the Nike Air Zoom Pulse, the apparel corporation could direct new focus towards the medical field. This could extend past footgear, to clothing options and accessories. It won’t be known how the Nike Air Zoom Pulse’s have sold until Nike released their 2020 Q1 Reports.