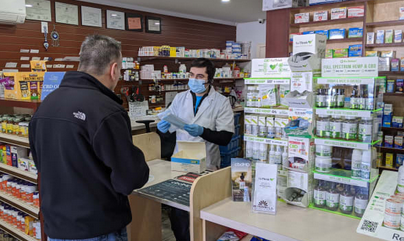 Demands for over-the-counter medication has increased drastically throughout the United States of America. New York City is feeling the blunt effects of this demand, with over 100+ thousand locals becoming infected. Numerous others have displayed symptoms of the novel coronavirus, with them being presumed infected. Communities like the Bronx and Staten Island have turned towards their local pharmacies for assistance. They’re hoping that symptoms can be solved by getting Anti-Malarial Drugs and Antibiotics. Wholesalers throughout New York City have struggled to meet the contracted orders from pharmacies, which is creating a shortage across the burrows. This shortage extends towards standard medication like Tylenol.

Pharmacists throughout New York City have expressed their shock that essential medications have run out in the 21st Century. These individuals have expressed their sadness for not being able to do more, with manufacturers like Johnson & Johnson’s McNeil Consumer Healthcare providing backorders to pharmacists until April 30th. Shelves are expected to become barren or empty throughout America before these manufacturers can meet demands. Problems with backorders extend towards medical equipment and devices, like the N95 mask, which Donald Trump has demanded no longer be shipped out of America. The Presidents demands were ignored, and international shipping of the N95 mask has continued.

Professionals in the healthcare industry throughout the United States have access to HES. Named the Healthcare Equipment System, pharmacists can also inquire with HES. This allows them to determine which products are and aren’t available for purchase. Pharmacists being interviewed throughout New York City expressed that Medical Gloves, Thermometers, Oximeters, Ventolin Inhales and Medical Masks have all been listed at backorder. Some manufacturers are listing their shipping date by May 31st. This limited production is because workforces throughout America and New York City are committing to self-isolation measures. Unless your job is deemed essential, working has become illegal with nationwide shutdowns.

There are two drugs that healthcare pharmacists have lost complete access to until May 31st. Those include Hydroxychloroquine and Azithromycin. Combining these two drugs allows the symptoms of COVID-19 to be eliminated over several days, with this not being supported by extensive scientific evidence. Hydroxychloroquine is used to treat individuals with Autoimmune or Malaria Diseases, with Azithromycin being a standard antibiotic. It should be noted that medical experts have advised against using these medications unless informed by doctors.