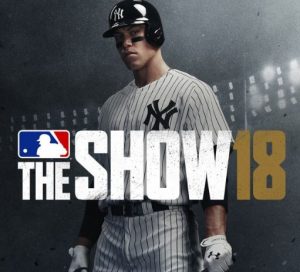 Baseball is a competitive sport in the world of video gaming. As America’s favourite pastime, it seems only natural that video game developers have created some of the best baseball games in the last two decades, ranging from MVP Baseball 2005 through to the latest MLB The Show 19. With such an enormous variety of baseball games at our disposal, we decided to take a look back at some of t4he best baseball games ever created.

The best baseball game that was ever released by EA Sports is MVP Baseball 2005. It’s considered the last baseball game from EA Sports that was officially licensed and remains up-to-date to this year thanks to its immense popularity. During its golden days, there was no other baseball game that could match this one. The overall gameplay was well-balanced, and the graphics and animation quality pushed the boundaries on the PlayStation 2. If you were a baseball fan back in the days, you remember this game.

Released in 1997, this baseball game came equipped with an excellent selection of characters and impressed with simple controls to make it accessible for everyone that tried their hand at a game of baseball. The game even offered multiplayer abilities back then but was mostly designed to entertain children as opposed to adults. Gamers could pick their team directly from the bleachers before a round started.

This is by far the most realistic and immersive baseball game to date, accomplishing unparallel realism in both the gameplay mechanics and the overall graphics. With brand-new features and updated commentary, MLB The Show 18 managed to reach a new level when it comes to sports video gaming. It offers an impressive variety of game modes and comes equipped with all the legendary baseball players from the past that you can use to form one elite team.

If you are looking for a legendary baseball game, this is the one. Instead of enjoying a baseball game that only comes with human baseball abilities, Super Baseball 2020 took things to a futuristic level where you could use androids and power-ups to destroy another team on the pitch. All matches were enjoyed in the Cyber Egg Stadium where you could level up your players to become even more dangerous once a game got underway.

For most people, the RBI Baseball game that was initially released on the Atari was considered the kingpin of baseball games. It was a ground-breaking game because players had actual names from the world of baseball, and it became the standard for all future tournaments that were released after that. It was the foundation of all baseball games at the time and remains a great game to enjoy if you still have all the necessary equipment from the 1980s. The overall graphics and sound effects will ring in your ears for days after playing it again.