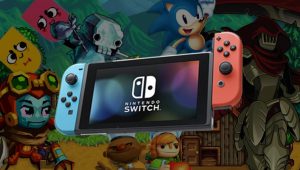 If you recently purchased a brand-new Nintendo Switch and didn’t know what games to buy, we got you covered. The Nintendo Switch offers a fantastic selection of video games for you to enjoy that also includes a wide range of genres to appeal to all players. With that in mind, let’s take a look at the hottest game titles for 2019 when it comes to the Nintendo Switch.

The Legend of Zelda: Breath of the Wild

The game is considered an artistic achievement by many developers and players in the industry. It’s a video game that is packed with surprises and creative aspects that will be talked about for years to come. The game comes with loads of puzzles to solve and loads of secret areas to discover to make the game as intriguing as possible. If you enjoy adventure games where you can explore, you need to buy this game.

One game that you won’t be able to leave alone once it’s switched on is Stardew Valley. The game was released in 2016 and remained one of the most exciting and gripping video games on the Nintendo Switch. It’s considered a life/dating/farming sim that will allow you to forget about your problems as you embrace a marvellous countryside life. You will do everything on the farm, from watering crops to planting seeds. You can even visit deep mines to gather magic materials.

The latest Super Smash Bros video game for the Nintendo Switch further expands on the already successful formula for both the competitive player and the button-smashing 6 -year-old. Although it’s an old game that was initially released in 1999, the latest version comes with over 70 different fighters. You can easily spend a year to master one character, but its far more fun and entertaining to play with them all. You will also be pleased to know that everything can be customized on the game to make it even more appealing to players.

This is a tiny epic release that boasts with an extraordinary selection of rewards, challenges and secrets portrayed in a hidden kingdom. It’s very similar to Metroid and Castlevania, complete with large maps and loads of remote regions to explore. It also has a bit of Dark Souls thrown into the mix when it comes to the boss battles. If you like a challenge and want a rewarding and deep game, this will be right up your alley.

The latest Mario Kart is an improved version of the older instalments. It’s more rounded, more polished, and provide more racing material than ever before. The Deluxe version comes with DLC characters and maps to make it more attractive to players too. If you are interested in an action-packed and fast racing game for your Nintendo Switch, we highly recommend that you buy the latest Mario Kart as it will provide hours of entertainment both online and in single-player mode.