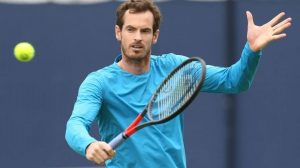 It’s quite strange to see, but in 2019 the sport of tennis is dolefully under-represented when it comes to video games. If you’ve been around for a while, you’ll still remember the yearly repetitions in the tennis genre, attempting to provide 3D graphics to the masses. However, these days none of that is happening anymore.

Back in the day, there was even a rivalry to match PES and FIFA at one point, with Virtua Tennis and Top Spin facing off just like football games. However, not even that is taking place now. Thankfully, there are still many excellent tennis games in the world that you can enjoy on both PC and consoles if you consider yourself to be a tennis fanatic.

It might seem quite odd to start our list with a game that you’ve never heard of before, but Selfie Tennis is one of the most exciting VG games you can enjoy. Developed by VRUnicorns, Selfie Tennis places the virtual tennis racket in your hand and will allow you to play the sport against yourself. Once you hit the ball from one end of the court, you will automatically appear on the other end to return a shot. It extraordinarily entertaining and will get you moving, creating a secure gaming experience in the process.

There’s no doubt that you’ve tried this already. The only problem is, due to the excitement of the Nintendo Switch having an incredible year, everyone has completely forgotten how marvellous the Wii Sports was. Apart from bowling, tennis was undoubtedly the most popular game when it comes to motion-controlled sports. You could invite friends and family to join in on the fun, allowing everyone to get competitive in the living room with a few matches of tennis.

Virtua Tennis 4 is arguably one of the greatest tennis games ever created. Not only did it improve on the long-standing qualities of the series with brand-new players, but it also provided a 3D version of the video game if you had the correct glasses and television of course. It might sound like nothing now that we all sport the latest 4K TVs, but back in 2011, it was considered a breakthrough that worked perfectly. Unfortunately, the last time we witnessed a Virtua Tennis release was on iOS back in 2012. So here’s hoping that 2019 will provide a new smashing tennis game with excellent features.

Seeing as we are discussing video games of the past, the only significant competitor when it came to Virtua Tennis was last seen back in 2011 because 2K cancelled it. Even though it was never as popular, Top Spin provided a unique way to play tennis. You had to plan the next shot before it also happened. You had massive control over where the ball went next, giving it a unique spin on the tennis gaming genre.