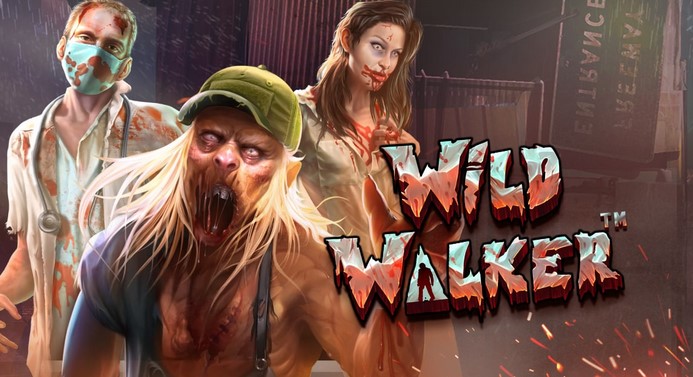 Themed video slots dominate the marketplace whenever a holiday season arrives. Christmas, Thanksgiving, and Saint Patrick’s Day are the standard holidays selected for themed video slots, and Halloween is no different. One such software developer, Pragmatic Play, is gearing up for its latest holiday themed slot that is set for release on the 1st of October,2020, The developer announced their latest video slot earlier this month. Designed around zombies, its features are designed  to increase the excitement of players through the implementation of a bonus multiplier at 4900x the bet, rotating wilds, and scatters.

The gameplay is consistent with the high-quality bettors who have come to know the quality behind Pragmatic Play. That quality is evident in the Wild Walkers themed visuals of the newest release; Wild Walker. This 5 reel, 25 payline video slot centers around a group of survivors in the zombie apocalypse and features burning builders in  the background, as dark storm clouds downpour rain onto the undead. Furthermore, players of this slot will find a nurse, doctor, male soldier & female soldier as the main star of the show.

This urban landscape, ravaged by the walking undead has an unexpected encounter. The doctor & nurse come across fallen co-workers that’ve become zombies. The male & female soldiers witness an undead cop that previously had brought them to their coordinates, the hospital. These fallen heroes assist our group of survivors & become wild symbols during official gameplay. Pragmatic Play has considered all elements needed to sustain this theme for long durations, meaning bettors won’t get bored over time. The features & visuals provide enough excitement for prolonged sessions of betting.

Pragmatic Play’s Wild Walker focuses on the wild feature, with an added benefit of a special bonus round. Farm zombies sustain themselves as the initial wild symbol. It’ll award payouts whenever one to five farm zombies are seen in a winning pattern. Three wild farm zombies initiate the “Wild Bonus”. Through these bonus rounds, players can sustain multiple iterations of the wild feature. This includes Expanding Wilds during level one, Locked Wilds throughout level two, and Roaming Wilds in level three. There’s a fourth level which permits all three iterations of the wild to become active simultaneously.

The bonus symbol sustains itself in the scatter format. That means it can initiate larger-than-normal payouts but doesn’t maintain any pivotal gameplay outside the standard reels. It’s the wild bonus round that bettors want to trigger.