Call Of Duty (COD) has been releasing top-quality first-person shooter games for several years now. Those who have been following the series will get particular enjoyment from their new Blackout mode. The developers of COD have seen the recent popularity in battle royale games. This is the driving inspiration behind Blackout. 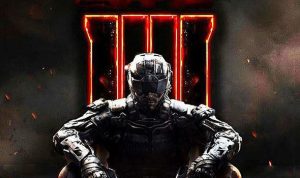 The game mode features many elements from former COD titles. Players can now take control of well-known characters from older games. Their objective is to do battle with a host of other players online. This takes place through many classic COD maps, which will be familiar to fans.

When COD first included zombies in their game, it changed the brand forever. It also helped to revitalise the franchise. Some players bought the games merely to play the zombie mode. Since then, this element has become increasingly more advanced and intricate. There are even storylines centred around the zombie maps.

Therefore, it will be gratifying for many fans to know that zombies play a part in Blackout. As of yet, the game does not allow players to control these zombies. Instead, they are non-player characters (NPC’s). However, this may change shortly. It should be noted that Blackout is currently in the beta stages. This means that when it gets a more polished release, players may get the option to play as a zombie.

A lot of care and attention has gone into this game mode. It was made by people who want to incorporate as much of the COD lore as possible. For this reason, the game is perfect for those who have followed the series from the beginning. There are also several easter eggs that may not be noticed by more novice players. Overall, Blackout stands as one of the best online battle royale games currently on the market.