The Call of Duty series certainly has a lot to live up to, now that it has released a battle royale mode. PlayerUnknown’s Battlegrounds (PUBG) and Fortnite stand out as stiff competition. Despite this fact, Blackout holds its own as a fantastic addition to the genre. 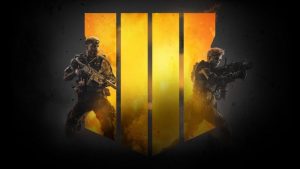 A lot of thought has gone into this game mode. It is not just copying other battle royale titles that have come before. Blackout takes the central concept and expands on it to make it its own thing. For some players, Blackout will feel like an improvement over PUBG.

One of the most disappointing things about PUBG is the gunfights themselves. They can feel clunky. In contrast to this, COD Blackout uses its already well-lauded gunplay to its advantage. It transports this gunplay to the new game mode with great success.

There is a freedom of movement that surpasses other titles. The characters that the player controls, are able to jump, vault and strafe in a realistic way. This makes the game feel realistic. It also adds new ways to do battle with enemies.

One of the most common complaints about battle royale games is that players can die suddenly, and have to wait until the round ends. Blackout recognises this issue. In older COD online games, the player had an increased vulnerability. This would not work well for this new game mode. Therefore, players have been given increased armour. This means that there is a higher likelihood of players getting into exciting duels.

Blackout is currently in its beta stage. There are a few improvements that are sure to be made. For one thing, only 80 people are able to play in a round. This is in comparison to PUBG, which often features 100 people in its game rounds. These improvements will likely come in the next few months.