One of the initial things a new player of the game PlayerUnknown’s Battlegrounds (PUBG) will notice, is just how unforgiving and challenging it is. There are so many different ways for an amateur gamer to die before a round ends. This means that, like chess, it is often the most experienced and long-serving players who come out on top. 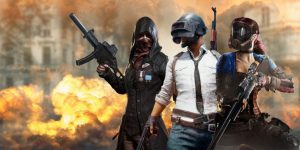 To even stand a chance of winning, each player of PUBG needs to put time into this game. They do not stand a chance when they first begin it. In a way, this is a good thing. It makes PUBG one of the purest survival games out there.

Some people may find this frustrating, but it is also part of its mass appeal. Players get closer to winning with each new failure. They learn a new tactic each time they are sniped or blown up. Eventually, this gives them enough in-game knowledge to come up with a successful tactic.

However, it is not just enough to know how to play PUBG. Luck is also a big part of success. Weapons are randomly assigned to areas. Everyone has a fair chance of coming across a cache of useful items. Those who manage to find these will have the edge over even the most experienced players.

Over time the map gets smaller, and anyone who is outside of it will die. The areas that are kill zones are also randomly generated. This further increases the amount of luck that comes into determining a winner.

One of the most satisfying things in PUBG is when you come across a vehicle. It means that you can move through the map quickly. It takes a lot of pressure from the player. The vehicle itself provides some much-needed armour and also allows gamers to change their tactics.