GTA Online started out as part of the Grand Theft Auto V game. The original game was first released in the year 2013, to rave reviews from critics and the general public. However, the online version has now grown so much, that it has overshadowed the original story mode. When it was first released, it was criticised for having many bugs. Thankfully, over the past few years, the quality has improved, and it has become, perhaps the most popular online game currently available. 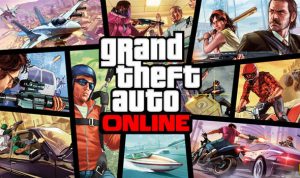 Players start by creating their own custom character. This can be male or female of many different races. Once the player has created their own distinct avatar, they are able to explore the world of GTA V. There are several game modes available. Players can take part in races, crime missions or different heists. If they are not interested in these, then they can merely roam freely throughout the map.

One of the reasons that GTA Online is popular is the lack of additional fees. Many modern games only allow players to access downloadable content (DLC) if they pay. The thing that sets GTA apart is the fact that its developer, Rockstar Games, is continually adding new elements free of charge. These include an abundance of new weapons, vehicles and missions.

However, this game is not without its controversy. When GTA Online rose in popularity, it meant that its developers switched focus away from the offline story mode. Consequently, many of the online game elements are not available in the offline version. This has made many fans upset.

Despite this, GTA V continues to have phenomenal sales. It is currently available on a range of consoles, and computing systems. This universal playability is one of the reasons that it is enjoyed by so many people, from all over the world.