The Fallout series is set in an alternative future where the world has been ravaged by nuclear war. Fallout 76 is set to be the first online game in the series. Each human character that the player meets will be other real-life users. There will be a strong element of survival. It will be set in West Virginia and the surrounding areas. The success of this game will affect the popularity of online play in the coming years. 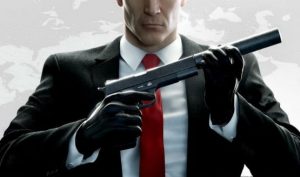 Agent 47 is one of the most iconic characters in all of video game history. He is the protagonist of the successful Hitman series. In the latest game players will be presented with several assassination missions. These games are popular due to the high level of freedom presented to players. They can dispatch their target in several different ways.

The most recent Hitman games have had a focus on online gameplay. This sequel is sure to be no exception. It seems likely that it will carry on the custom level challenges that have become a staple of the franchise.

The Just Cause series has delighted fans with its parachute focused action. The third instalment was released recently. That makes this new game a pleasant surprise for many people in the gaming community. It is set in a fictional South American country. There is sure to be plenty of high octane missions available.

ToeJam & Earl: Back in the Groove

The original game first came out in 1991 and was a sensation worldwide. The sequel is being made by the original developers. It features a duo of aliens as they go on a wacky adventure. Each level will be randomly generated. This will make gameplay unique to each person. This new game will allow online play.