Garry’s Mod was first released in 2004 by Facepunch Studios. It is currently only available on personal computing systems and not consoles. This sandbox game allows users to create their own maps and methods of play with no set objectives. One of the reasons for its vast popularity is the level of freedom it gives gamers. 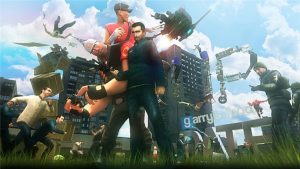 The developers did not create any specific rules for the game. Instead, users themselves are able to spawn a range of characters, models objects and events. Over the years, a large community has arisen. The people who play the game have created many well-loved modes.

Trouble in Terrorist Town stands out as the best of these modes. There are many maps that the game takes place in. These are often filled with traps. Players are separated into Innocent, Terrorist and Detective characters. The Terrorist players need to kill everyone else before they die, or the time runs out.

The Innocent players just need to survive and kill any suspected Terrorists. Detectives are given many useful tools which can help determine who a Terrorist is. This includes a DNA scanner that can identify who has murdered an Innocent. Each player has access to many weapons, such as machine guns and explosives.

Murder is a variation on the Trouble In Terrorist Town mode. It is a minimalist version. One person is the Murderer. Everyone else is a designated Victim. The murderer is armed with a knife which means they need to be in close quarters with a Victim to dispatch them. The Victims themselves are usually unarmed. This makes the game extremely tense. A small percentage of Victims are given a revolver at the start of the round. This has a small number of bullets in it. It can be used to kill any suspected murderers.