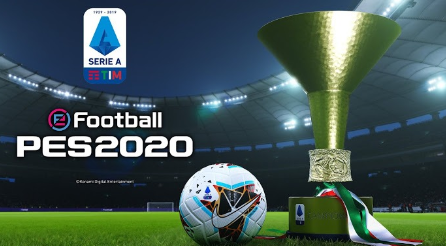 The Football PES series from Konami can easily be regarded as the biggest challenge that EA Sports ever faced. To maintain the problem with EA Sports, Konami ensured that all their loyal fans are incredibly keen on the latest soccer simulator edition. The release date of the new Pro Evolution Soccer game will be on 10 September 2019 where the company promised loads of improvements on the overall gameplay functionality and the mechanical side of the game.

The first edition of PES was initially released back in 1996, and since then the overall graphics and animation quality has taken huge strides with each game. Players will be pleased to know that the latest edition is no exception, impressing with a brand-new version, complete with jaw-dropping graphics and crystal clear animation quality that is nearly impossible to compete within the sports video game world. Players will appreciate the immensely detailed stadiums, pitches, players, and overall atmosphere that the new game provides.

The latest PES version will place a lot of focus on the world of esports, significantly improving the accessible multi-player mode to ensure it’s competitive for players that wish to participate in esports. There’s also a terrific career mode embedded in the game that has seen loads of improvements when it comes to the overall story of the game and how it unfolds. Players can also look forward to joining a team and compete in various challenges to eventually become victorious in the grand finale.

Realistic Gaming vs Ease of Play

Although there have been significant improvements in terms of making the game more realistic, newcomers will still be able to immerse themselves into a new soccer game with relative ease. Konami has managed to find the perfect balance between making one of the most realistic soccer games in existence and keeping it relatively simple for players to get addicted to the game. Some of the significant improvements include controlling the ball more comfortable than before, utilizing tactical play strategies, and implementing set pieces to score goals more frequently and more convenient than before.

The Konami vs FIFA Challenge

The fact that Konami has managed to receive a license to showcase real players and stadiums is visible in the game. You are welcome to choose between 13 different clubs, including Chelsea, Manchester United, Bayern Munich, Arsenal, and loads of other significant clubs. The game comes equipped with a brilliant selection of soundtracks and commentary during each contest to ensure its as close to the real deal as possible. The only thing that can beat this experience is playing a match in VR or attending a game in Europe. With the latest version of PES 2020, it seems that FIFA has a huge challenge ahead of them to beat their rivals. Players are welcome to download or buy the latest PES 2020 game on PC, Xbox One, or PS4.