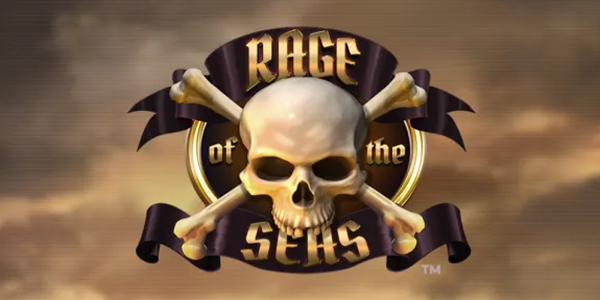 Rage of the Seas is the latest video slot to be released by NetEnt. The software company, best known for games such as Dead or Alive, has chosen to design its latest creation around a pirate theme. The game features a combination of five reels, four row and 5,488 ways and includes multiple bonus and unique features.

As one would expect with a theme based on pirates, the symbols choices and supporting artwork offer an insightful look into the inner lives of pirates. Naturally, there are multiple pirates that take centre stage, and likewise, they look fearsome and ready to help you plunder the seven seas of any bounty you come across. Its top-paying symbols, which expectantly are the pirates are supported by a cast of parrots, a ships anchor, rum barrel, ships wheel and a glass bottle. Furthermore, there are a number of bonus symbols to look forward to such as the octopus wilds and boost symbol.

Rage of the Seas has, as one might expect, been designed to include a variety of features meant to increase your chances of winning a larger jackpot. This includes a boost symbol, which is only seen on the second, third and fourth reels. When appearing, it can activate the boost feature, which will then see the reel it landed on expanding in height. Th goal is to get modifiers on all three centre reels, thereby increasing the ways to win to as many as 5,488 ways to win. In addition to expanding the reels, the modifiers can add a minor or major upgrade to further increase winning opportunities.

A standard in most NetEnt video slots, Rage of the Seas offers the chance to win several different styles of free spins. The first is through the boost feature as it can award free spins, and the second is through achieving three or more scattered skulls on the reels. Depending on the number of scatters, the amount of free spins won will increase with the minimum being five and the maximum twelve. The interesting side to the free spins is that while active, it will include the opportunity at triggering several random features. This includes spreading wilds, expanding wilds and stacked wilds. Each of the random features will only appear on the three centre reel and can work in conjunction with each other to award generous win opportunities.

Overall, Rage of the Seas has the potential to be an epic slot that could become a fan favourite. The graphical quality and imagination are outstanding, anything less from NetEnt would be a disappointment. The special features offer superb potential, and with the option to place low bets or high, the opportunities this slot offers should not be doubted.