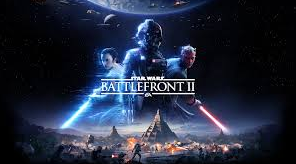 December is ramping up to be a massive month for fans of Star Wars. Not only is the final film in Disney’s Trilogy being released, but a gigantic update for Battlefront II is coming as well. This information comes directly from the Community Manager at Dice, who confirmed that December would act as a Celebration Month for BF2. All new content that’s coming to the game is directly tied to the upcoming movie “Star Wars: The Rise of Skywalker”.

Unfortunately, there aren’t any details regarding what this update will include for fans of the game. It’s highly anticipated that two new maps will be coming, with a host of new characters from the film. Before this film update, there was similar downloadable contest released for Star Wars: The Last Jedi. That last update came weeks before the film, with the Rise of Skywalker update anticipated to follow the same schedule. Subsequently, those that purchased Battlefront II will get new tidbits into what’s coming with the upcoming film.

The Rise of Skywalker Update for Battlefront II isn’t the only one being released in December. There is a second update that’s anticipated to follow, which will most likely be a patch that assists with known bugs regarding the new maps and characters. There’s also a chance that the second update could be postponed maps, as the Game Director for Battlefront II publicly mentioned weeks ago that all planned contest revolving around the game hadn’t been cancelled.

One of these postponed maps could revolve around Jedi Fallen order, an upcoming Star Wars Game for the Xbox One and PlayStation 4 that’s being released on November 15th. Respawn Entertainment wouldn’t have wanted Dice Studios to reveal details regarding their new action-adventure tie-in game. Regardless of Jedi Fallen Order, Battlefront II’s first update is coming on December 1st and the 2nd update during the holiday season.

The Title Update in December was slated to be released on the last week on November. However, the delay in content doesn’t mean that Electronic Arts and Dice Studios have stopped supporting the game for November. Players still have access to limited-time events that upgrade their characters with new clothing, weapon skins, multiplayer rewards and experience points. Battlefront II also revealed a new mode called “Fast Spawn” for the Blast and Strike Playlists. This upcoming game mode will be available from November 8th to 18th. Additionally, every week in November will give all players Double XP during the week. This is being provided in hopes that player activity doesn’t decline drastically when Jedi Fallen Order releases on November 15th.

It’s highly unlikely that the Battlefront II Community will stop playing the game entirely. Dice Studios have supported this community since November 2017. There have been content releases for maps, heroes, modes and apparel. Both Battlefront and Battlefront II are some of the highest-grossing Star Wars games in history, selling more than 33 million copies worldwide.