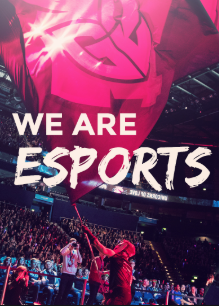 For the longest time, video games have been regarded as more than just an only hobby. They are considered a vital cultural aspect and will forever be part of our digital lives that seems to expand as time goes on continually. Video games not only provides a fun element but also comes with a competitive nature, which makes them so accessible when it comes to eSports. If you are interested in playing on a professional level when it comes to eSports, we recommend jumping into any of these titles.

Rocket League manages to combine the carnage of vehicle acrobatics with the precision needed for elite soccer skills, resulting in something beautiful and precise. This is one of the most popular online sports games at the moment, attracting over 300,000 online players daily through steam. If you interested in playing insignificant events, please keep in mind that you will need a team of 4 players as most activities are based on this setup. Interpersonal skills and excellent communication is a must with this game, so make sure you practice a lot.

Even though the latest release was somewhat of a let-down, the FIFA franchise still enjoys a dedicated and long-running fanbase. Thanks to the financial backing of EA Sports in the eSports world when it comes to FIFA, it’s one of the best things that attract players to the game. In 2018, EA Sports managed to sponsor the biggest tournament of the franchise, known as the FIFA eWorld Cup. The finals had a prize pool worth $400,000, and this figure will surely grow with each passing year.

This is another grand sports game entry from EA Sports and continues to grow in popularity across the globe even though the sport is primarily dominant in Canada and the United States. As you can imagine, most esports players are situated in the United States, but that doesn’t mean that you can’t get in on the action if you are abroad. You’ll have the opportunity to either play solo or with a team to test your American football skills. The last tournament that included the Madden NFL game was the Madden Club Championship that provided a prize pool of $260,000.

The future of eSports

The best thing about sports games in the world of eSports is the fact that it’s still a growing market even though the eSports scene is already well established. If you can’t find your favourite game or the game in which you excel in the most, give it some time. With every expanding eSports world, your game will surely make it to a competitive and professional level sometimes. Always keep in mind that any eSports game will require dedicated, the ability to play with others as a team, and learning from your mistakes. If you can do that, you are halfway to earning a decent cash prize through a tournament.