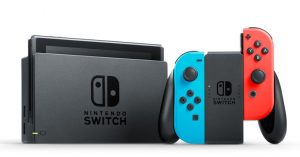 Over 1,000 game titles later, the Nintendo Switch has proved itself as an essential console that everyone should consider when looking for a new avenue to enjoy games. Nintendo has managed to release a plethora of exciting games, allowing players to enjoy some of the best games ever created. Therefore, if you are searching for something new to play, take a look at the best video games you can enjoy on the Nintendo Switch in 2019.

This game lives up to its name. It’s a long-running series and one of the most fabulous packages you’ll find on the Nintendo Switch. The game comes equipped with more than 70 unique fighters that include former fighters from the franchise and brand-new fighters to explore. The unique Spirit system offers a remarkable amount of classical gaming references that players can unlock along with an incredible multiplayer mode to enjoy between friends and online players.

When it was initially announced, most players feared that the game would not be as good as advertised. Although it featured separate Eevee and Pikachu iterations, everyone thought it would be a full-fledged Pokémon game. Thankfully, it surprised everyone with a modern reimaging of the classic adventure on Switch. The game has never looked this spectacular, giving both newcomers and veteran players genuinely immersive gaming experience.

First, there was Fortnite, then there was PUGB, later they released Apex Legends, and the latest battle royale gaming experience is Tetris 99. Surprising, right? The latest Tetris game takes 99 online players to battle it out against each other to see who will be crowned the ultimate player at the end. This is a modern twist on a classic game that comes equipped with a new layer of competitiveness to keep things interesting.

The latest fighting game worth exploring is the new Dragon Ball FighterZ that plays remarkably on the Nintendo Switch. There’s been plenty of Dragon Ball video games over the years, but none of them provides the same thrill and excitement as this one. The game looks the part, providing a unique look and feel to the overall graphics and animations of the game.

If you own a Switch, it wouldn’t be complete without Super Mario Odyssey. It’s considered one of the best games you can purchase on your handheld console, offering an incredible 3D gameplay experie3nce filled with loads of challenges and plenty of places to explore. This time around, you will also be pleased to know that Mario is not the only character in the game.

Fortnite is undoubtedly the most popular game in the world, and therefore it should be bought if you own a Switch. The Switch version provides precisely the same gameplay experience on other platforms where you need to battle it out with 99 other players using a wide selection of weapons to kill each other in an open world.